Wave power is energy that is produced using the power of waves coming from the surface of the ocean. This energy can be transformed into electricity. The wave station power generator was designed and built by Wavegen and researchers from Queen’s University in Belfast. It is known as LIMPET (Land Installed Marine Powered Energy Transformer). Limpet was born out of a 10-year research project on the island where the team had built a demonstration plant capable of generating 75 Kilowatts of electricity.

How does the Wave Power Station work?

But is it viable? Wavegen says that there could be sufficient recoverable wave power around the UK to generate enough power to exceed domestic electricity demands.

Furthermore, renewable energy supporters say some research suggests that less than 0.1% of the renewable energy within the world’s oceans could supply more than five times the global demand for energy. That would probably involve large-scale wave plants in near-shore or off-shore environments.

However, large-scale on-shore wave power generating stations could face similar problems to those encountered by some windfarm projects, where opposition has focused on the aesthetic and noise impact of the machinery on the environment.

Wave power supporters say that the answer lies not in huge plants but in a combination of on-shore generation and near-shore generation (using a different technology) focused on meeting local or regional needs. On-shore or near-shore plants, they argue, could also be designed as part of harbour walls or water-breaks, performing a dual role for a community. 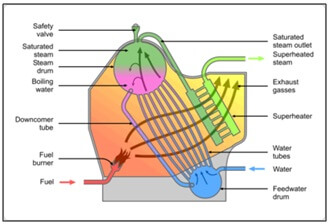